Fact: We are known for our fresh, never frozen, always delicious chicken wings to which you can add a plethora of sauces at varying heat levels. Available in traditional, boneless, and veggie, we serve them up by request by the thousands every day, and they are sure to please any palate.

While traditional wisdom might dictate we leave well enough alone, we say why not expand our amazing wing selection so our sports fans have another option — a smoked wing option?

That’s right, we’ve added smoked wings to our menu. And not just any smoked wing, but a sweet hickory smoked traditional version with extra-crispy, tasty skin that makes for one delightfully delicious chicken wing. Want to know more? Read on!

The Story Behind the Smoked Wings

We first released our smoked wings on July 29th, on National Chicken Wing Day, of course. Although the smoked wings are widely available now, they were initially only offered to Wings and Rings Buffalo Sauciety loyalty members via our app.

Chef Dan Admire, played an integral part in getting our new smoked wing flavor just right before adding them to our menu. “We are very excited about these smoked wings because they bring a whole new cooking technique to our wing lineup,” he said. “We’ve always had traditional, fried, bone-in wings, but this is something fresh and new that very few competitors are offering.”

The Method Behind the Smoke

While you might think a smoked wing is a smoked wing, we invite you to try ours first — we think they will most definitely change your mind. Our smoked wings go through a slightly different, longer preparation process that makes for a terrific taste and texture.

Our recipe for smoked wings was tested and perfected for more than a year at one of our locations in Ohio. Once excellence was achieved, we added the smoked wings to the menu where they took off and became a top-selling menu staple.

“A lot of hard work went into perfecting these smoked wings,” Chef Dan said. “It has really paid off — what we’ve ended up with is one of the most outstanding wing flavors we’ve ever had.”

While we can’t give away all our secrets, we can tell you that our bone-in, smoked wings are made using a unique recipe that takes 24 hours from start to finish. And, since the wings take so long to prep, each of our locations will only offer a limited quantity every day. Which means, when they’re gone, they’re gone — till tomorrow, of course.

How to Order Our Smoked Wings

Our smoked wings come in order sizes of 5, 10, 15, or 20 like our other traditional, bone-in wing options. Order your sauce of choice, but know that it will be served on the side.

Chef Dan says that most guests like the hickory smoked wings without the sauce, and so the way the wings are served encourages them to be tasted without sauce first so as not to cover up their flavor.

“Our new smoked wings are so naturally delicious, we serve the sauce on the side because we don’t want to mute any of those built-in flavors,” Chef Dan said. “[However], we know many guests love our sauces, so if they want to dip, we recommend the sweet BBQ mild for the perfect pairing.”

So what do you say? Are you ready to head to your nearest Wings and Rings restaurant to try our new smoked wings? 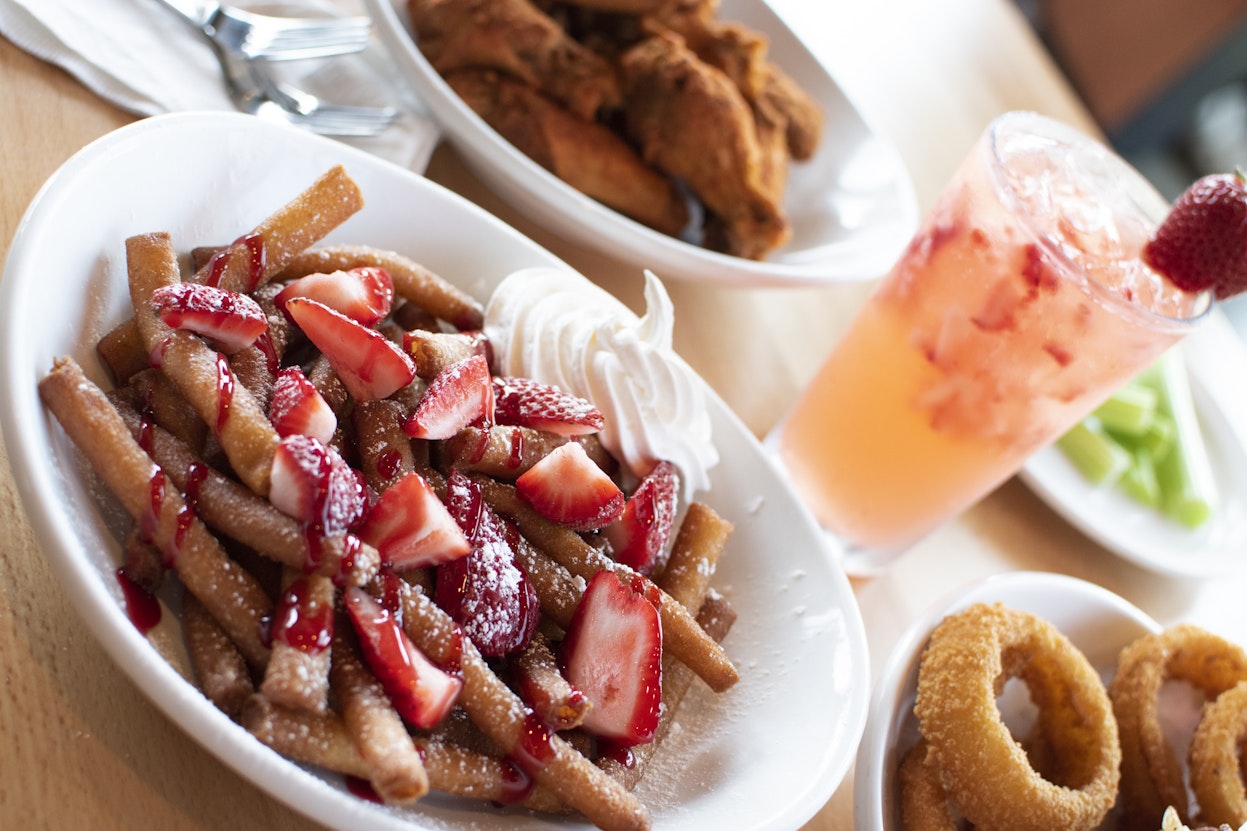